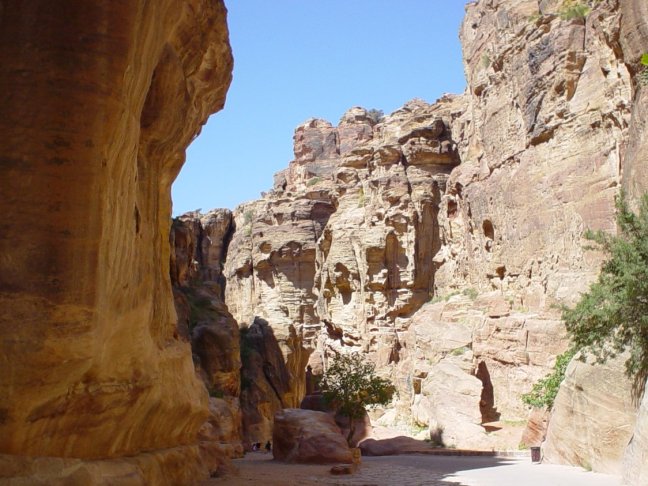 The “Companions of the Cave” were a group of righteous young men who lived at least several centuries, if not more, before the revelation of the Quran. These young men had rejected the worship of false deities, and instead served Allah alone, much to the anger of their people. In order to avoid execution, or being forcibly converted to polytheism, they decided to hide in a cave along with their dog, and prayed to Allah for help and guidance.

Allah responded by not only ending their ordeal but also making them a sign for future generations: He put them to sleep for many years – possibly up to a few hundred years – and when they eventually awoke and realised what had happened, they were astonished, just as the people of the city were who had given up their polytheistic beliefs, and revered the Companions of the Cave as true believers.

Base your beliefs on evidence

Religious beliefs and practices should be based on clear evidence, rather than a blind imitation of ancestral traditions. The young men lamented the fact that their people worshiped multiple deities without any authority from Allah: “These, our people, have taken besides Him deities. Why do they not bring for [worship of] them clear evidence?” (18:15) We should also scrutinize our contemporary beliefs and practices pertaining to religion to see whether they have a basis in the Quran or the example of the Prophet, or are simply being passed down generations without a clear authority.

Download free ebook: Lessons from the Stories of the Quran

You may encounter a situation where you are pressured to renounce some aspect of your faith. Never settle for such a compromise, and be willing to take substantive measures to defend your freedom to live according to Allah’s word. Just as the young men rejected their society and hid in a cave, we should be bold enough to stand against society, and migrate to a different place if we have to, for the sake of our faith. Allah informs us that those prevented from worshipping Allah alone will say to the angels after their death, “We were weak in the land.” (4:97) However, this excuse will not be accepted, and the angels will say, “Was not the earth of Allah spacious, so that you should have migrated therein?” (4:97)

Take the initiative and Allah will help you

Allah responded to the young men when they beseeched Him for help, “Our Lord, grant us from Yourself mercy and prepare for us from our affair right guidance.” (18:10) It is important to remember that the young men took the initiative of leaving the comfort of their homes, and all their possessions behind, along with supplicating to Allah. This showed their commitment to the cause, and established them as true believers in His sight. Many times, we expect Allah’s help while being reluctant to make even a minor sacrifice on our part. We must be action-oriented in difficult times, and willing to take the right initiative, in order to be helped by Allah.

Seek the best of Allah’s blessings

When the young men finally woke up from their sleep, they said to one another, “Send one of you with this silver coin of yours to the city, and let him find out which is the best food, and bring some of that to you.” (18:19) It is encouraged to consume the best quality and purest food, as Allah says, “So eat of the lawful and good food Allah has provided for you.” (16:114) Similarly, there is nothing wrong with seeking the best among His other blessings, such as clothing and housing – provided one does not spend wastefully. In fact, Allah encourages us to live according to our means, without being extravagant, as Prophet Muhammad said, “Allah loves to see the effects of His blessing on His slave.” (Tirmidhi)

Shun arguments that are of no benefit

There used to be conflicting views about the number of young men in the cave, with three, five, and seven being among popular guesses. Allah commanded the Prophet, “Say, ‘My Lord is best aware of their number.’ None knows them except a few. So do not argue about them…” (18:22) This is because the number of the young men adds no value to the narrative, whose purpose is to provide useful lessons to us; it would merely seek to aggravate the differences among people, and lead to fruitless debates. Hence, we should avoid indulging in vain arguments, and seek knowledge that is of practical benefit. At the same time, we must be cautious while broaching a subject in which people have conflicting opinions.

Speaking for a just cause can invite people’s spite and accusations. However, in the long term, those who have dared to differ by upholding the truth are usually held in high esteem by the people. The young men in the cave, who had earlier faced threats of stoning to death, were later commemorated as great heroes, as is evident from their people’s desire to pay them a tribute: “[Some] said, ‘Construct a building over them; their Lord knows best about them.’ Those who prevailed said, ‘We shall build a place of worship over them.’” (18:21)

Similarly, many of the prophets, who were ridiculed for communicating the word of Allah, were eventually held in great honor. Hence, it is wise to tolerate any spite hurled at you for supporting what is right, and have faith that Allah will not only reward you for it but will also eventually leave positive perceptions about you among the people.

Discover more from the Stories of the Quran:

Previous story: The One with Two Horns

One thought on “The Companions of the Cave in the Quran” 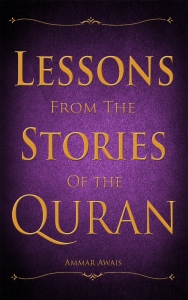